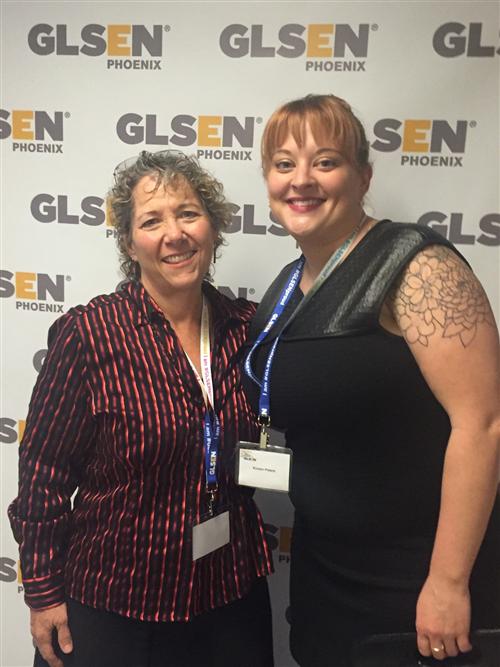 Dr. Yellin, who teaches Special Education English, advises Tempe High School’s Gay Straight Alliance (GSA) Club. It is one of the first, largest and most active GSA clubs in the Valley. In addition to hosting student social events and participating in fundraisers, GSA offers training to staff and students.

“We provide support and education for students (and never ask them to disclose their orientation) who are LGBTQQ (lesbian, gay, bisexual, transgender, questioning and queer) and their straight allies - we ask only that members respect differences,” Dr. Yellin, (pictured with THS GSA Co-Sponsor Kirsten Peters), said.

GLSEN Phoenix said Dr. Yellin has helped cultivate a long-standing partnership between GLSEN Phoenix and Tempe High, setting a wonderful example to other GSA advisors in her efforts to keep all students, including LGBTQ youth, safe in school. 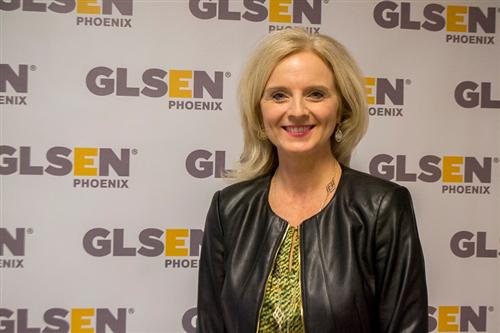 Funds raised at the event go toward continuing GLSEN programs, including student-led Days of Action - which positively impact valley schools and local communities, as well as its Professional Development for Educators Program, which empowers school staff to create and sustain safe, inclusive, respectful and healthful environments for all students.

“Our success would not have been possible without the support of volunteers, staff, youth, parents, educators, administrators and (most importantly) leaders like yourself,” wrote Sean Nonnenmacher, Student Organizer Coordinator, GLSEN Phoenix., in a letter to Yellin. “Your work and dedication has been instrumental in the development of a community where other LGBTQIA youth-serving nonprofits can exist and thrive.”


GLSEN Phoenix is one of 40 local chapters of the nation’s leading education organization working to ensure that all students in every K-12 school are valued and treated with respect, regardless of their sexual orientation, gender identity or gender expression. Following a research-based approach, GLSEN Phoenix works throughout Maricopa County supporting student-led efforts to positively impact their own schools and local communities, assisting educators in becoming allies to LGBT youth by developing the knowledge and skills needed to create and sustain safe, inclusive, respectful and healthful environment for all students, and partnering with decision makers to ensure that comprehensive and inclusive safe schools policies are considered, passed and implemented.
Posted by: Jill Hanks, Community Relations
December 10, 2015