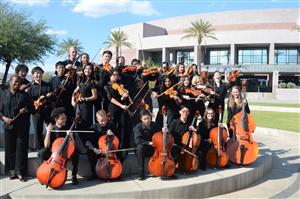 to be invited to perform in the prestigious 70th Annual Midwest Clinic International Band & Orchestra Conference in December, the students were elated to also receive an offer for special instruction and feedback from a true expert in the field. 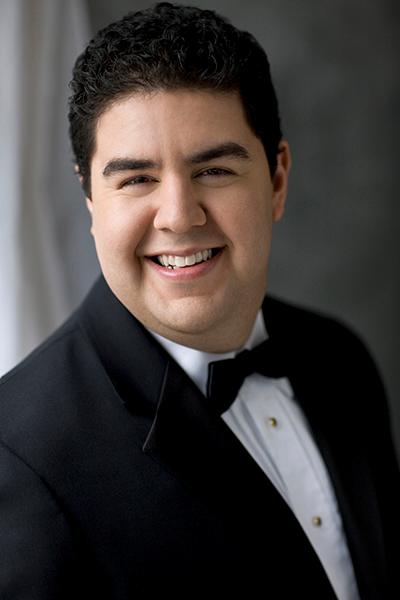 Tito Muñoz learned of the Thunder’s selection to the conference, he offered to work with the students to help prepare them for the event.

“When he said he’d love to come to Desert Vista I almost started crying. What an extreme honor this is for the Director of the Phoenix Symphony Orchestra to take time out of his busy schedule to work with my students. I am overwhelmed and excited. The students were thrilled when I told them he was coming,” said Desert Vista Director of Orchestras Dr. Darlene Wedington-Clark.

Muñoz will conduct a Master Class at Desert Vista on Thursday, Oct. 20, 2016. The DVHS Chamber Orchestra will rehearse three extremely advanced pieces and he will provide comments and suggestions to help them improve.

Desert Vista is one of just six high school string orchestras in the United States to be selected for the conference, to be held December 14-17 in Chicago, Illinois. The event will attract some 17,000 attendees, including band and orchestra directors from all 50 states and at least 40 nations.

“This honor to participate at the Midwest Conference is a once-in-a-lifetime event. We sent in a recording in March and were selected out of hundreds of other schools,” Wedington-Clark explained. “We are thrilled for this honor.”

The public will have the opportunity to enjoy a preview of Desert Vista’s performance during a special free concert on Tuesday, Nov. 8, 2016 at 7:00 p.m. in the school’s auditorium.

About Tito Muñoz
In his third season as Music Director of The Phoenix Symphony, Tito Muñoz is increasingly recognized as one of the most gifted and versatile conductors of his generation. He previously served as Music Director of the Opéra national de Lorraine and the Orchestre symphonique et lyrique de Nancy in France. Prior appointments include Assistant Conductor positions with The Cleveland Orchestra, Cincinnati Symphony Orchestra, Cincinnati Chamber Orchestra and the Aspen Music Festival.

Mr. Muñoz’s recent and upcoming guest appearances have and will take him all over the world. In addition, he has led conducting classes at the American Academy of Conducting at Aspen, Cleveland Institute of Music, and Indiana University.
An accomplished violinist, Mr. Muñoz began his musical training in the Juilliard School’s Music Advancement Program and furthered his studies as a violin student of Daniel Phillips at Queens College (CUNY). He attended the American Academy of Conducting at Aspen where he received Aspen Music Festival’s 2005 Robert J. Harth Conductor Prize and the 2006 Aspen Conducting Prize. Muñoz made his professional conducting debut in 2006 with the National Symphony Orchestra at the Kennedy Center as a participant of the National Conducting Institute, followed by his Cleveland Orchestra debut at the Blossom Music Festival that same year. He was awarded the 2009 Mendelssohn Scholarship sponsored by Kurt Masur and the Felix Mendelssohn-Bartholdy Foundation, and was a prizewinner in the 2010 Sir Georg Solti International Conducting Competition.
Posted by: Jill Hanks, TUHSD Communications
October 17, 2016